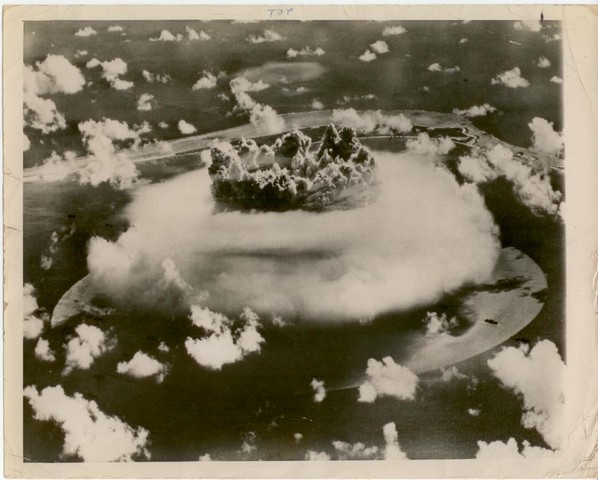 Inscription on the back:

The water column from the underwater atom bomb test at Bikini July 25, 1946, rises through the disintegrating vapor cloud which formed a derby-like mantle around the column for an instant, then disappeared quickly. The water mushroomed out after the column reached a height of 5’500 feet and fell back into the lagoon to engulf most of the ships of the target fleet. Two of the ships are et the right, at the edge of the shock wave which rippled out over the surface of the lagoon from the rising water column. Bikini Island, about three miles from the point of the explosion, is in the background.